Eric will be reprising his role of H.P. in the Visceral Company’s Lovecraft: Nightmare Suite when it is revived in late January at the Lex Theatre.  The show originally ran September 27—November 3, was named LA Weekly‘s “Pick of the Week,” and sold out for a great portion of the run.  Check out some of the other press and production photos from the original run below. 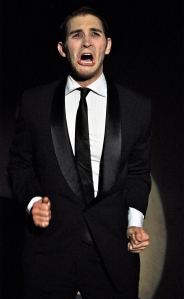 “Eric Sand’s Howard Phillips (the H.P. in H.P. Lovecraft) brilliantly channeled both in appearance and demeanor what we’d expect from the master of horror himself, bookending the production, starting sane and ending mad.”  —Edge Los Angeles 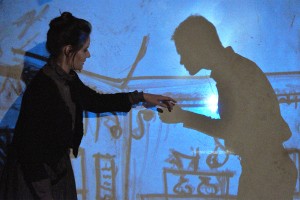 “An H.P. Lovecraft fan’s dream—literally and figuratively, as it presents a remarkably faithful adaptation of some of the 20th century horror giant’s best-loved short fiction, all wrapped up in a fitful, shadowy dream-narrative wraparound (starring H.P.L. himself, played by Eric Sand with a fine balance of growing panic and purple melodrama).”  —Creepy LA 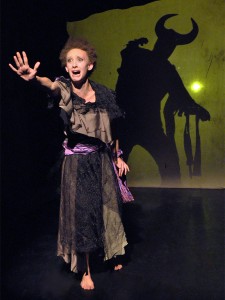 “A deftly directed and well-acted show that serves quite well…An outstanding and entertaining production.”  —LAist